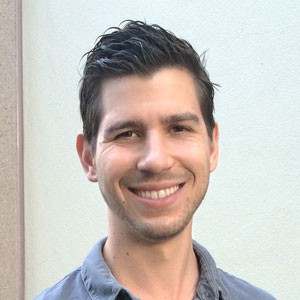 AN MBA LOOKS AT THE INDUSTRY

Steven Lundy is a recent MBA graduate from Oxford University and a founding partner of Edmund Hart – a new consultancy focused on business and digital strategy for the music, media, and technology industries.

Prior to his MBA, Steven worked for several years in the Paramount Motion Picture Music Department under the leadership of Randy Spendlove and quickly advanced to become a manager within the department.  In this role, Steven worked on numerous films including Pain & Gain, World War Z, Transformers: Dark of the Moon, Star Trek: Into Darkness, and Anchorman 2: The Legend Continues.

While at Oxford, Steven was part of a team of three MBAs that worked directly with Radiohead’s management team and BitTorrent to manage the operations, pricing strategy, and release of Thom Yorke’s innovative solo record, “Tomorrow’s Modern Boxes” – the first ever commercial BitTorrent release, which came out this past September.  The record currently has 4.4 billion downloads and is considered a milestone achievement in digital distribution.  Steven and his partners also developed three digital release strategies for Radiohead and identified potential new revenue streams for the band’s upcoming record.

His involvement and work has been written about in several music publications including Billboard, NME, and Stereogum.

As a student, Steven was the co-chair of the Media & Entertainment Oxford Business Network and the leader of the Oxford University Entertainment Trek – a two-week organized trip to Los Angeles to meet with leaders of the entertainment industry with the purpose of having insightful discussions about the obstacles and opportunities resulting from new technology and globalization.

Following the success of his Radiohead consulting project, Steven and his two partners founded Edmund Hart to address both industry-wide and company/artist-specific problems of profitability, digital strategy, and business development.