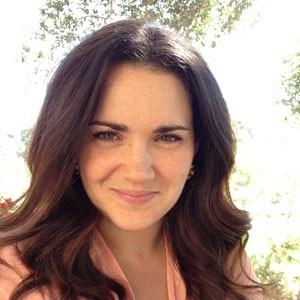 BE THE ANSWER TO THE QUESTIONS THEY HAVE YET TO ASK

Sarah Kovacs is the newest agent at Kraft-Engel Management, one of the world’s leading agencies specializing in representing film, theatre, television and interactive composers. She heads the newly created New Media division, representing composers for the exploding field which includes video games, web-based original series and television. She has been an active force and witness to the mass acceptance of video game music by the recording industry: her client Austin Wintory (Journey) was the first game composer nominated for a Grammy in the “best score” category previously reserved for film and television, and her client Christopher Tin won the first Grammy awarded for a song written for a video game (“Baba Yetu” for Civilization IV).

Kovacs also represents BAFTA-winning composer Garry Schyman (BioShock Trilogy), BAFTA-nominated composer Joel Corelitz (The Unfinished Swan, Hohokum), Garth Stevenson (Tracks, Ten Thousand Saints), Jake Monaco (Let’s Be Cops, A Many Splintered Thing), and The Newton Brothers (Oculus, Somnia, Life of Crime). Kovacs had already been an integral team member at Kraft-Engel for nearly five years, cultivating relationships with composers, producers, and industry professionals. She attended Berklee College of Music with a major in Music Business Management. There she helped “write the rules” as a talent buyer at the new performing venue (The Red Room @ Café 939), cultivating a passion for discovering and giving exposure to up-and-coming artists. Later she found the perfect home at KEM—where she combines an eagle-eyed business savvy and love of music. “I was drawn to do this because I like taking care of people. Composers aren’t always wired to do that for themselves. I like being their advocate,” she says. “There’s always a way to make something happen, sometimes you just have to get creative.”