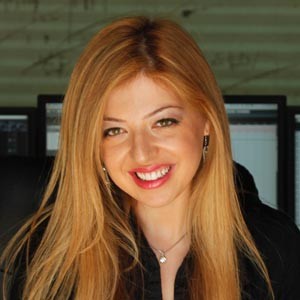 Pinar Toprak is one of the most refreshing voices in film music today, and brings her unique cultural background and experience to bear in the more than 30 feature films, video games, documentaries, and other media projects she has scored. She gave the thriller The River Murders (starring Ray Liotta and Christian Slater) an anguished, haunting accompaniment, scored the tenderness and optimism in the period drama The Lightkeepers (starring Bruce Dern and Blythe Danner), and articulated the hard-won triumph of Michael Clarke Duncan’s final screen appearance in the boxing drama The Challenger.

Toprak has tackled action (Behind Enemy Lines II: Axis of Evil), animation (Light of Olympia), and romance (Say It in Russian). She also composed music for the Xbox 360 game Ninety-Nine Nights, and recently scored the PBS documentary The Wind Gods about The America’s Cup (from Star Trek Into Darkness producer David Ellison). Her upcoming projects include the Untitled Cecil B. DeMille Biopic, the sci-fi thriller Resilient 3D, the documentary The Gift of Fear from director Jeff Apple, and the highly anticipated Geostorm for Warner Bros. directed by Dean Devlin.

Toprak was born and raised in Istanbul, Turkey, where she began her classical musical education at the age of five. After studying composition and multiple instruments at the conservatory, she moved to Chicago to study jazz, then Boston for a degree in film scoring from Berklee College of Music. She then came to Los Angeles, earned a master’s degree in composition at age 22, and has quickly become an active and reinvigorating new voice in a male-dominated Hollywood community.

“At the end of the day it’s all about making a good film,” she says. “Our job as film composers is to serve the filmmaker while enjoying the process.”