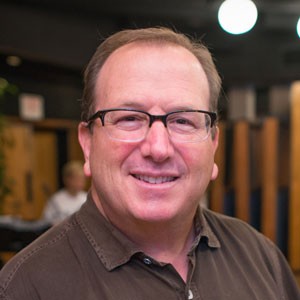 CONTRACTING: PUTTING IT TOGETHER

Peter Rotter, Founder/ Music Contractor of Peter Rotter Music Services, has a long history in both music composing and production. Peter brings a unique skill set to his role as Music Contractor and Music consultant/coordinator for Peter Rotter Music Services. Peter has been a music contractor since 1987 serving also as a music producer for film and television projects for many of his composer colleagues. Having worked both on the stage and in the recording booth, he knows the specific needs of each person’s role on and off the scoring stage, whether it is the role of composer, producer, studio executive, or performer. Peter prides himself in having excellent working relationships with the executives from all the major studios and independent film companies, and is often called upon to act as a liaison between composer and studio.

Peter graduated from California State University, Northridge in 1986 with a Bachelor of Music Degree. In his sophomore year of college, he felt a calling to composition with an emphasis in film scoring and began writing and studying piano performance intensely. He studied composition with Robert Drasnin and Albert Harris. Peter completed postgraduate courses at both USC and UCLA with a focus on film scoring studies. Upon graduating, he scored his first feature film Code Name: Zebra in 1987. Peter has scored over a dozen feature films and television shows, including productions for Nickelodeon and Comedy Central, as well as writing music for over 100 national and international commercials for such companies as Apple, Disney, Pepsi, FedEx, Mattel, DLP, Texas Instruments and Boeing. He has also produced two films. Peter’s short film Tackle Box (2004), has won over a dozen awards including the Audience Choice Award, which is the top honor, at the Slamdance Film Festival in Park City, Utah.  Peter has contracted and performed music coordination on over 650 films and television shows.

Peter is a member of SAG, BMI, AFM, RMA, NARAS, and The Society of Composers, Arrangers and Lyricists. He is a founding member of the Alliance for Women Film Composers, and serves on the Board of Directors for the American Youth Symphony. Peter is married to a professional flutist in Los Angeles and has two children and a new grandson.