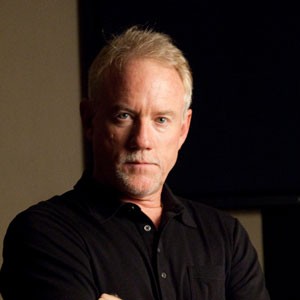 John Debney is the ultimate film music character actor. In equal demand for family films like Elf as he is for adventure films like Iron Man 2, the Oscar-nominated composer also scored the poignantly brutal The Passion of the Christ. Debney is an agile jack-of-all-genres, composing for comedies (Bruce Almighty), sci-fi action (Predators), horror (Dream House) and romance (Valentine’s Day) with the same confidence and panache. Debney is also known for his work in such films as Princess Diaries, Sin City, Liar Liar, Spy Kids, No Strings Attached, The Emperor’s New Groove, I Know What You Did Last Summer and Hocus Pocus. Debney’s most recent work includes the Steve Jobs bio-drama Jobs, Brad Anderson’s thriller Stonehearst Asylum, Ivan Reitman’s sports drama Draft Day for Lionsgate, Thomas McCarthy’s film The Cobbler starring Adam Sandler and Dustin Hoffman that premiered at this year’s Toronto Film Festival and Paramount Pictures’ animated comedy The SpongeBob Movie: Sponge Out of Water.. Up next for John is Disney’s The Jungle Book directed by Jon Favreau.

Born in Glendale, California, Debney’s professional life began after he studied composition at the California Institute of the Arts, when he went to work writing music and orchestrating for Disney Studios and various television series. He won his first Emmy in 1990 for the main theme for The Young Riders, and his career soon hit a gallop. Since then he has won three more Emmys (Sea Quest DSV), and been nominated for a total of six (most recently in 2012 for his work on the Kevin Costner western miniseries Hatfields & McCoys.) His foray into videogame scoring—2007’s Lair—resulted in a BAFTA nomination and a Best Videogame Score award from The International Film Music Critics Association.

Debney has collaborated with acclaimed directors as diverse as Robert Rodriguez, Garry Marshall, Mel Gibson, the Farrelly Brothers, Jon Favreau, Jim Sheridan, Ivan Reitman, Peter Chelsom, Rob Cohen, Brian Robbins, Tom Shadyac, Sam Raimi, Adam Shankman, Howie Deutch, Renny Harlin, Peter Hyams and Kenny Ortega. He was nominated by the Academy for his Passion of the Christ score (which he adapted into a symphony that had a live performance in Rome), and in 2005 was the youngest recipient of ASCAP’s Henry Mancini Career Achievement Award.

“If I’m doing my job well,” says Debney, “I need to feel it. I really try to make sure that whatever I’m doing— even if it’s a comedy—that I’m feeling it and feeling either humor or the pathos or the dramatic impact of what I’m seeing. That’s the way I approach it.”