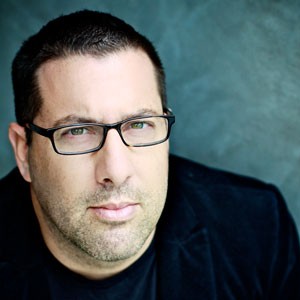 IF YOU BUILD IT, THEY SHALL COME

Christopher Lennertz is a composer and producer for film, television, records, and Video Games. He first made a splash with his breakout score for Alvin and the Chipmunks, which has grossed over $360 million worldwide. Since then he’s proven his steadfast talent with films like the star-studded Horrible Bosses, as well as Universal’s box office smash Ride Along, and Think Like A Man Too. Other scores include the hit comedy Identity Thief and the critically acclaimed drama Thanks For Sharing with Mark Ruffalo

& Gwyneth Paltrow. More recently, Chris has had the pleasure of scoring films such as Horrible Bosses 2 (Warner Bros) and The Wedding Ringer (Screen Gems) and is also working on the highly anticipated new shows, Marvel’s Agent Carter and ABC’s Galavant.

Lennertz’ adeptness for a multitude of genres has put him on the map time and time again. While his knack for comedy is undeniable in films like Think Like A Man, he’s also contributed his unique style to many hit family films including Hop and Cats & Dogs: The Revenge of Kitty Galore. Furthermore, he’s tapped into the indie world, scoring films like Alfred P. Sloan winner Adam (Fox Searchlight), Girl In Progress, and Tortilla Heaven, which garnered the very first FilmMusic award for Best Independent Score.

While Chris has achieved huge success in lighter genres, his real start was in the action- adventure world with films like Clive Barker’s Saint Sinner, for which he was named Best New Composer by Cinemusic. He’s continued his work in that arena with projects such as Marvel’s Item 47 and Agent Carter. On the television side, Lennertz has written the music for NBC’s Revolution (J.J. Abrams, Jon Favreau), and his long time run on the series Supernatural led to an Emmy nomination for Outstanding Underscore. He is currently working with Oscar and Tony-winner Alan Menken on ABC’s new musical comedy Galavant. Chris is also celebrated for his video game scores with hits like Steven Spielberg’s Medal of Honor series, which won Best Original Score from the Academy of Interactive Arts & Sciences. He followed that up with work on James Bond 007: From Russia With Love, Quantum of Solace, the hugely popular Gun, EA’s Mass Effect 3, Starhawk and Warhawk for Sony, and the 25th Anniversary edition of the iconic Madden series.

Lennertz has worked with legendary artists such as Basil Poledouris, Michael Kamen, Dave Grusin, Alan Menken, The RZA, and Alien Ant Farm. He has collaborated with members of Pearl Jam, The Beastie Boys, The Dave Matthews Band, Jurassic 5, and Jane’s Addiction. His groundbreaking collaboration with Ozomatli on Street Signs garnered a Grammy Award for Best Latin Rock Album. Still early in his career, he has already scored 43 feature films, 7 network series, many of the biggest interactive titles, and has spent weeks on the Billboard charts. Christopher Lennertz continually draws excitement as one of the freshest and most versatile young composers in Hollywood.