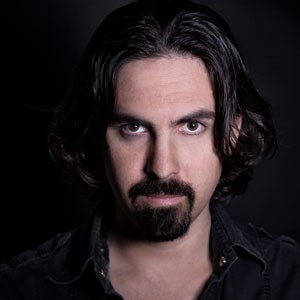 It’s because of his out-of-the-box thinking that led WIRED Magazine to call Bear McCreary a “Secret Weapon” in a recent issue.  His unique combination of atypical instrumental background (he is a professional accordionist) with rigorous classical training prepared him to compose for disparate genres.  By the age of 24, McCreary was launched into pop culture history with his groundbreaking score to Syfy’s hit series Battlestar Galactica, for which he composed “the most innovative music on TV today” (Variety). It “fits the action so perfectly, it’s almost devastating: a sci-fi score like no other” (NPR).  Io9.com declared Bear McCreary one of the Ten Best Science Fiction Composers of all time, listing him alongside legends John Williams, Jerry Goldsmith and Bernard Herrmann.  In addition to earning his first Emmy® Award in 2013, McCreary was voted “Composers’ Choice Composer of the Year – Television” for 2013 by his peers in ASCAP, the first award of its kind.