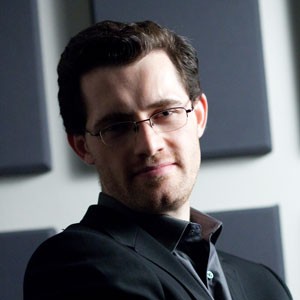 CONNECTING TO YOUR FANBASE

In 2012, Austin’s soundtrack for the hit PlayStation3 game Journey became the first-ever Grammy-nominated videogame score, also winning two British Academy Awards, a DICE Award, a Spike TV VGA, and IGN’s “Overall Music of the Year,” along with five Game Audio Network Guild awards, and a host of others. Excerpts from the score have been performed all over the world since its release, including by such as ensembles as the National Symphony, San Francisco Symphony, Colorado Symphony and Pacific Symphony.

Austin’s next major game undertaking was The Banner Saga, featuring America’s premiere wind ensemble The Dallas Wind Symphony, and an all-star trio of soloists (Malukah, Peter Hollens and Taylor Davis). The game and soundtrack album achieved immediate critical and commercial success upon release in early 2014, garnering Austin his 4th and 5th British Academy Award nominations and a nomination for the peer-voted ASCAP Composers’ Choice Awards for “Best Video Game Score of the Year.”

Austin’s film work including the Sundance-winning films Captain Abu Raed and Grace, along with over 45 other feature films such as A Little Help (starring Jenna Fischer), The River Why (starring Zach Gilford and William Hurt) and Standoff (starring Laurence Fishburne and Thomas Jane).